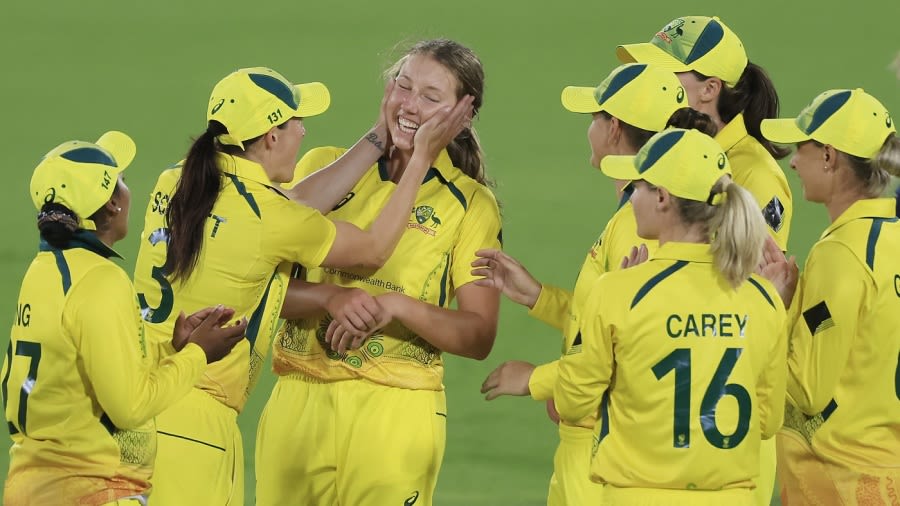 The hosts have retained the women’s Ashes as Beth Mooney and Darcie Brown stars in the first ODI of the multi-format series. Australia is leading the point table with 8-4.

The first ODI of the Women’s Ashes was played at Manuka Oval in Canberra on Thursday (February 3). England captain Heather Knight won the toss and elected to field first.

It worked well for them as Anya Shrubsole picked the top edge of the vice-captain Rachael Haynes and she was caught by Amy Jones in the fourth over. Meg Lanning, despite a few hiccups in the start, looked all set for a big knock. In the 14th over, she joined the elite list of Belinda Clark, Karen Rolton, Suzie Bates and Stafanie Taylor, became the 5th woman to complete 4000 runs in ODIs. She also became 3rd Australian woman and 2nd fastest to achieve this feat, in 89 innings.

Lanning and Healy tried to build up a partnership. However, consistent Kate Cross with a beautiful delivery knocked Lanning over at 28 off 51. Sophie Ecclestone in the very next over got Ellyse Perry for a golden duck. An outstanding stumping from Jones helped England get their 4th wicket as Healy departed for 27 and Australia were down to 67 for 4.

Mooney and Tahlia McGrath smashed Anya Shrubsole for a six and a four respectively in 33rd over followed by another few boundaries in the next few overs. Both the batters looked in control to get things going for Australia. However, Katherine Brunt clean bowled McGrath and broke the partnership.

They lost another two wickets of Ashleigh Gardner and Jess Jonassen. Beth Mooney was looking for a solid partnership that’s when debutant Alana King came in and helped Australia cross the 200-run mark.

In the last over, Brunt took the wicket of King followed by Mooney’s wicket who hit her for 2 fours before getting out on the last ball of the first innings. She scored 73 runs off 91 which included six and 8 fours. England managed to restrict Australia to 205/9 in 50 overs. Cross and Brunt took three wickets each for 33 and 40 respectively. Shrubsole and Ecclestone took 1 wicket each.

In return, Brown gave a wonderful start by taking consecutive wickets of Tammy Beaumont at 3 and Captain Knight for a duck. However, she missed her hat-trick but it was two huge wickets. Megan Schutt after being rested for the standalone test match came back into the ODIs and took her 1st wicket of the innings by getting Lauren Winfield-Hill. She also reached her 100th ODI wicket.

Brown came back and gave a huge breakthrough by getting Sciver’s wicket who was batting on 45. Schutt with her brilliant delivery clean bowled Danni Wyatt. Australia looked in complete control of the game as England’s top and middle order collapsed. Brunt and Cross gave a tough fight for the last wicket but Jonnasen took a return catch and the Aussies retained the Ashes!

Australia won the match by 27 runs. Brown took 4 wickets for 34. This is her second four-wicket haul. Schutt, Jonassen, and McGrath took two wickets each. Beth Mooney was named as a player of the match for her 73 runs.

Changes in fixtures of India women tour to New Zealand 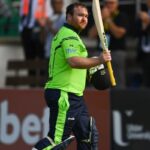