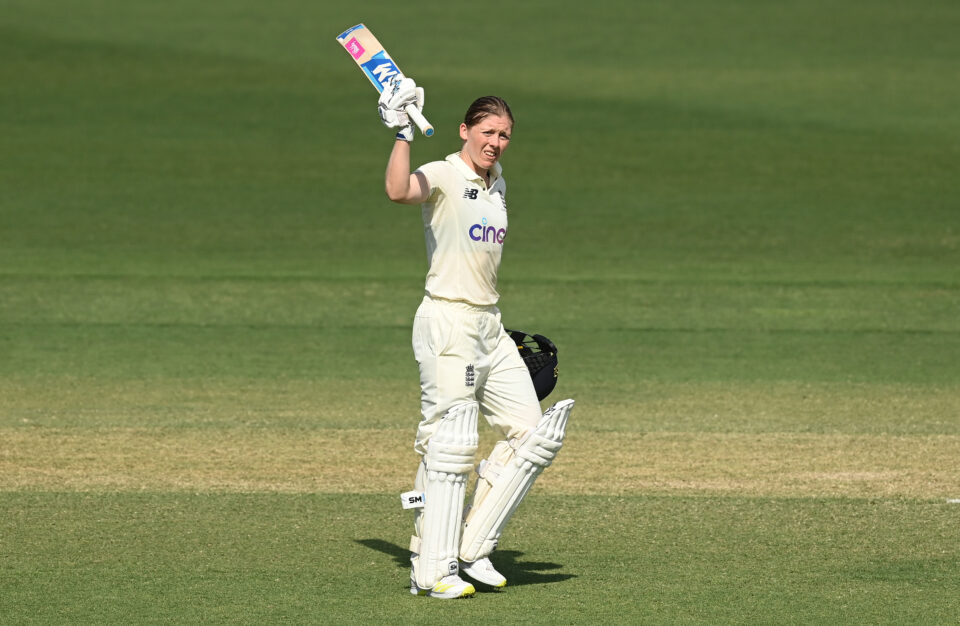 Heather Knight slammed her second Test century on the second day of the standalone Test match of the Women’s Ashes series at Manuka Oval in Canberra on Friday (January 28).

At the start of the day, Australia just added 10 runs to their overnight score before declaring at 337/9.

Katherine Brunt delivered the ball of the match to dismiss Annabel Sutherland at 8 and then followed it up by dismissing Jess Jonassen. She completed her third 5-wicket haul in Test Cricket.

Darcie Brown, who went wicketless in a Test match against India, struck early and picked up her maiden wicket. Lauren Winfield-Hill edged and was taken by Beth Mooney at the second slip. Ellyse Perry’s tactic to keep targeting the pads paid off as she took the wicket of Tammy Beaumont. England was down to 23 for 2.

Heather Knight was joined by Nat Sciver in the middle and a lot was expected from the duo. Unfortunately for England, their day only got worse as Sutherland sent Sciver back to the pavilion. Perry then grabbed her second wicket by dismissing Sophia Dunkley at 15 which included 3 fours.

Australia kept England under pressure as the latter kept losing wickets at regular intervals. Captain Knight lead from the front despite losing partners on the other end.

Sutherland then got her second wicket by dismissing Amy Jones. The debutant Alana King took her maiden wicket by trapping Brunt before the wicket. England was down to 120 for 6 and was in need of solid partnership to avoid the follow-on.

Knight got better support from the lower order. She dictated a tiny partnership with debutant Dean first and then with Shrubsole. A bit of resistance from them helped England to get near to the follow-on target.

When 19 runs were still needed to avoid the follow-on, Sophie Ecclestone joined the skipper Knight in the middle and built up a much-needed partnership. Knight with the help of Ecclestone avoided the follow-on and brought up her second hundred.

After Knight, Ecclestone was the only player to score 15 plus runs. A gritty knock from England’s captain and a 66 run-stand with Ecclestone has helped the England’s Ashes hopes alive on Day 2. However, they still have a huge job to do as Australia is leading the multi-format series with 4-2. 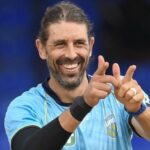 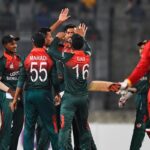