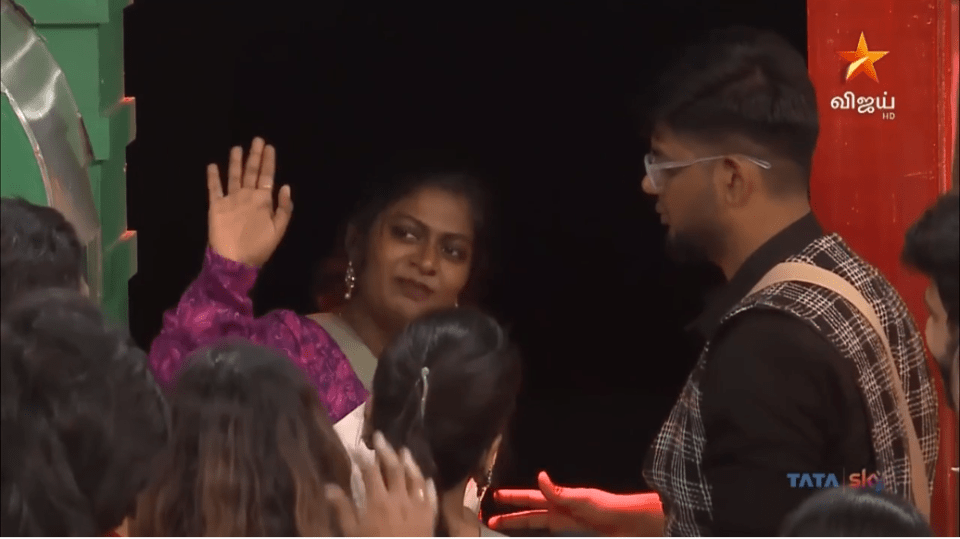 Day 49 of Bigg Boss 5 Tamil begins with Kamal Haasan clarifying about his visit to Chicago. He says that he was there in Chicago a couple of days ago to promote handlooms, made by the people of Tamil Nadu.

He then talks to the contestants, asks Raju to open up about Pavni as a continuation of the Mirror reflection round.

-He knew Pavni only after entering the house. He initially liked her but began to doubt her only during the coin round. Her explanation for taking the coin along with Suruthi from Thamarai didn’t work for him. He began to doubt whether she was fake when she talks to Thamarai freely when she hates her.

Pavni explains that we always talk to our family irrespective of how we feel about them.

Imman Annachi then talk about Isaivani.

-He believes that she is always confused.
-She hears everyone’s words but doesn’t really follow any of them.

Isai says that Imman Annachi doesn’t hear to what she talks as she is the youngest in the house. He always stops her while talking.

Kamal warns Imman that there is no age factor inside the house.

There are a few trophies kept in the storeroom. The contestants are asked two trophies- hero and zero.

Hero to the one they think they reach the final and zero is the one whom they think would lose early.

Raju says that he would bring Imman to the final, says that he wants a comedian to win the show and he would be equally happy to see Imman lift the trophy. He also adds that Thamarai talks a lot in the house.

Thamarai-
Hero- Priyanka, Zero- Pavni
She wants Priyanka to be with her and if she gives it to Pavni, it might make people notice.

Imman-
Hero- Raju and Zero- Thamarai
He loves both Raju and Niroop but he sees Raju as an entertainer. He thinks that Thamarai is overconfident.

Iyakki-
Hero- Raju and Zero-Isai
He takes everything without getting annoyed and he loves the way he sees the world. Isai is very confused.

Niroop
Hero- Raju and Zero- Isai
He has good clarity. He never gets confused. Isai is very confused at the moment.

Priyanka
Hero- Niroop and Zero- Imman
She wants to stand there with her friend. Since a comedian must win this, that comedian should be her.

Abhinay
Hero- Niroop, Zero- Imman
There is nothing bigger than beating him to win the trophy. Imman wants to leave the house for a long time.

Pavni
Hero- Priyanka and Zero- Iyakki
Priyanka is doing well. Iyakki has some confusion in her thoughts.

Kamal wants everyone to work hard in order to make the season interesting.

Kamal calls Abhishek, asks him what he feels about all the contestants now as he had entered the house for the second time. He explains about everyone.

Kamal then asks Abhishek to tell who would be saved from nomination first.

He picks Thamarai but he is wrong. Ciby is the first to be saved.

He then picks Abhinay, which is the right answer. Abhinay thanks everyone for helping him stay in the house.

He then picks Niroop but Akshara is the next to be saved.

Abhishek then picks Thamarai but in the list, Imman is the next to be saved and then Thamarai.

Niroop is the next to be saved, Abhishek picks it right this time.

Iyakki and Isai are the two left in the house. Isai gives her coin to Abhinay during the break. She advises Thamarai to play the game safely.

Thamarai cries as she doesn’t want both Isai and Iyakki to leave the house.

Isaivani is the one who gets eliminated this week. Isaivani gets a gift from lenskart. She says that she would’ve gone out earlier if she had known that everyone would come and talk to her like this.

Isaivani hugs and tells goodbye to everyone; says that she would be glad to meet everyone outside. She then sings a song before leaving the house.

Pavni feels lonely after Isai leaves the house. Priyanka hugs and tells her that she is always around. Imman, Raju and Iyakki talk about Isai’s coin.

Kamal wants to know about Isai’s aim for entering the house. She says that she wanted the world to know that girls are into Gaana songs as well.

Kamal says that she is an inspiration and this Bigg Boss platform is just the beginning.

Thamarai and Akshara talk about the nomination for the next week.

Pavni talks to Iyakki about how all her friends are going out one by one. Iyakki consoles her.

Raju and Imman talks about Thamarai and how she is a threat inside the house now. 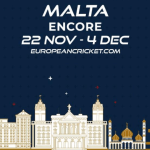 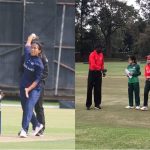