Indian cricketers Rohit Sharma, Shubman Gill, Prithvi Shaw, Navdeep Saini, Rishabh Pant are placed in quarantine as a precautionary measure after a video of them eating in a restaurant in Melbourne surfaced on social media.

According to the release by Cricket Australia, The players will be allowed to continue training but not with the rest of the group.

“In the interim, on the advice of the Australian and Indian medical teams, the aforementioned players have been placed in isolation as a precaution,” the release said. “This will include separating the group of players from the broader Indian and Australian squads when traveling and at the training venue.

“Players will be permitted to train in accordance with the strict protocols that have been put in place to ensure the ongoing safety of all members of the Indian and Australian squads. Similar measures were taken during the BBL this season after it was determined two Brisbane Heat players failed to comply with tournament biosecurity protocols.”

India will take on Australia in the 3rd Test on January 7 at Sydney. 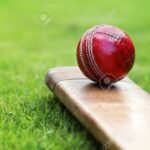 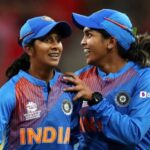