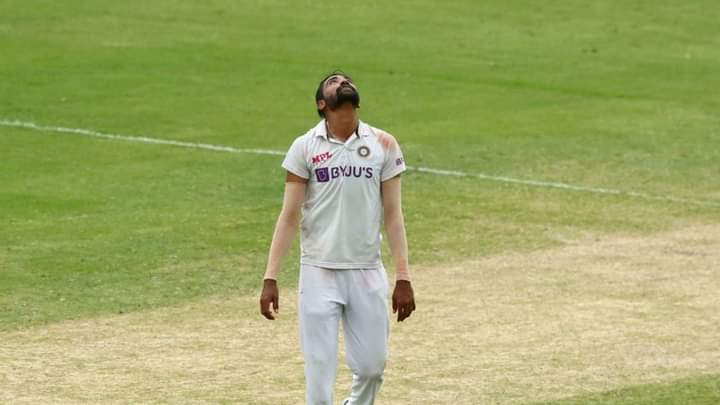 Being in the bio-bubble makes you a difficult person. Bottling up the emotions takes a different toll on you. All these and losing your dad is obviously awful but what’s worse is that you are away. Not with him during his final moments. During his funeral. The man, who filled the room with everything you had asked for while going through hell to keep the family happy and running, is no more and you are in Australia, in a bio-bubble, living in uncertainty.

Should you leave, you ain’t coming back here anytime soon or might never come back. Should you stay, you’ll miss your dad’s funeral. What hurts more? both? first one? last? How can you put a label on your dreams? now, there is no way one can put a label on something that had happened to your dad. Life isn’t supposed to be this bad.

The tour was supposed to be sunshine, a key to open a new path and a key to close past and poverty that you had to go through when you were young. The key was supposed to bring you happiness because not every gets to represent India. Now, think of representing the team in all three formats. It’s a dream that every cricketer put themselves in, and not everyone really gets to live for something like that. Having said that, it was a long shot. When you got into the team, Shami was still there. Most of the pack of the bowling was still there. Everyone was doing their bit, everyone was winning. Was it a gut feel? What made you stay?

Of course, your dad became a part of you when he left for a better world. You began to live your dad dream too. ‘Mera beta, Desh ka Naam Roshan Karnaa’, were his words and did it ring in when you made your Test debut?

It isn’t easy, at least not as easy as I get to pen about it. Where did you get all your mental strength? It should’ve been haunting or even worse. While taking one step at a time, a single moment, a single snap could open the doorways of emotions that you kept all locked up for months.

Oh, the God that you believe in, is even for real? If yes, does he not know to write a story better? What was he thinking? How can he take your dad away when his main dream was to see you play in whites? How cruel can he be? At least with Lucifer, you know what you sign up for. Isn’t God the worse?

Ok. Everything happens for a reason. What is the reason behind it now? To take someone you love and then fill you up with the things you had always dreamt for. What kind of psychopath stuff is this? Ok. So, I know every “fairytale” needs drama. Is that what it is? A drama?

Do you call it a worthy wait when you walked into the field in whites as one of the pillars of India’s bowling attack for the first time? Why am I sobbing now?

Sometimes, Rahane is a good teaser. He knew it was your debut and literally teased you by not giving you the ball in your hand. I know. I know. He is the captain who was doing his job right, but again, He should have made you anxious. Those 27 overs should’ve been hell. So close. So close. It was a good test for your mental strength. Probably, that was the test all along. Rahane wanted you to focus and make you feel all set.

You should thank him though. You came back with strong line and length, kept the ball swinging in both ways and you were rewarded in your 43rd delivery for being good. In between, were you frustrated when Labuschagne was testing your patience that you had to come up with a short delivery to his helmet? If yes, it was worth it, should I say? He was done and had to walk back after a few deliveries. 15-4-40-2.

Of course, you’d take it. It’s a dream debut. To add icing to the cake, McGrath called you exceptional. You should be happy. Or not. Because you know that you are just a guest in the house of Indian bowling that would replace you when the current owners of the house walk in.

Before asking the owners about the vacant space in this house, you must make people sit down and notice you. Of course, it’s an investment on you. Before taking this ride, you should earn their trust. Of course, nobody gives space in a prestigious house without the trust that you would do anything to take care of that. This good old trust doesn’t come within a day. It takes a month, sometimes even years.

For you, it came a bit earlier. You were made to lead the pack in the final Test. it wasn’t something they had dreamt of, but there were left with no choice. With the constant buzz around you, it should have taken a lot to reach there. You were no more a headache but the head.

The sentence ‘Come to Gabba’ was supposed to be scary. It was supposed to be as painful as snake poison for the team, but unfortunately, it turned into a proper snake diet. One giant meal that they had in Adelaide and then literally nothing else.

For this transformation, your work was beyond the expectation marker everyone had for you. You made it happen. A fifer in Tests is still a dream for many. A fifer at Gabba is beyond just a dream. From being just a headache to head the pack, you did it. From playing the game on barefoot to buying a BMW because of the game, you did it. You did make your dad proud. Yes, you really did.

Now that you have earned the trust of the owners, you might get to fill in the vacant space of the house on a trial purpose. The owners like you now. They are ready to take this journey with you but again, to make them love you, you got to keep breaking the expectation bars they have for you, and if you can do that, someday, you might own this space. Still, a long way to go, but it is a good first step. 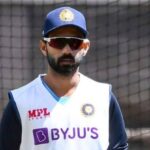 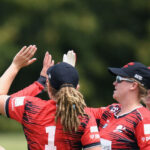